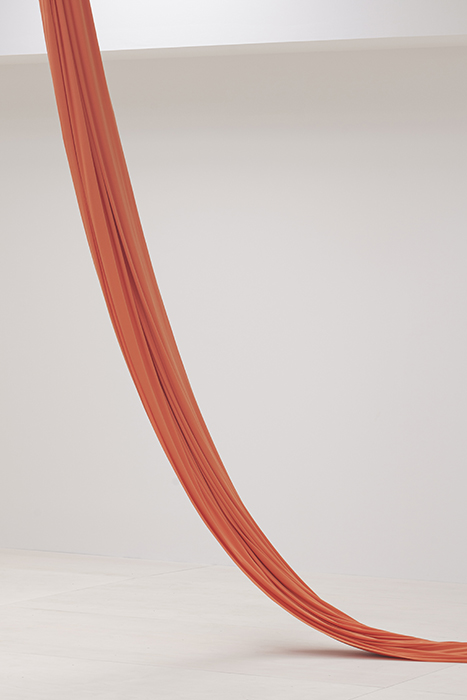 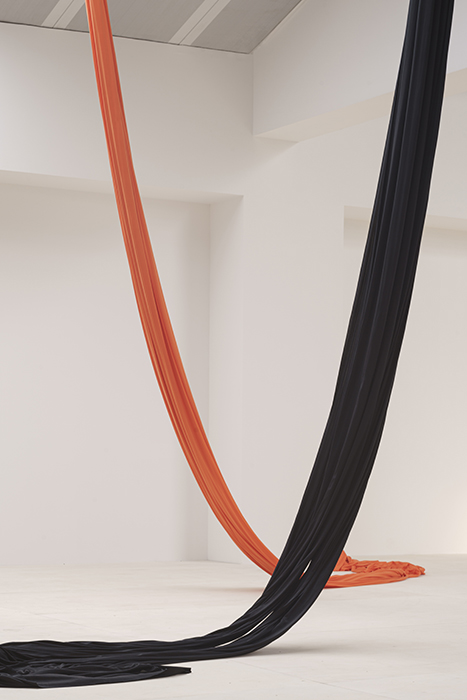 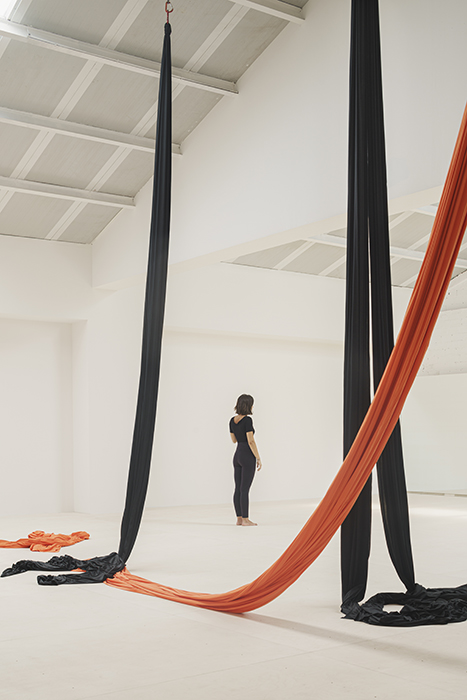 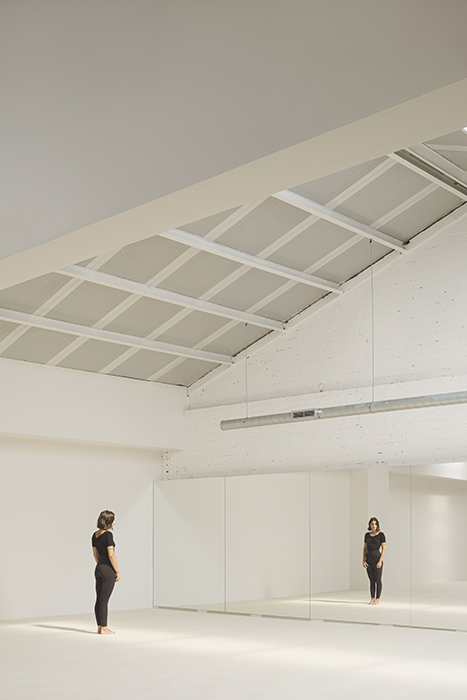 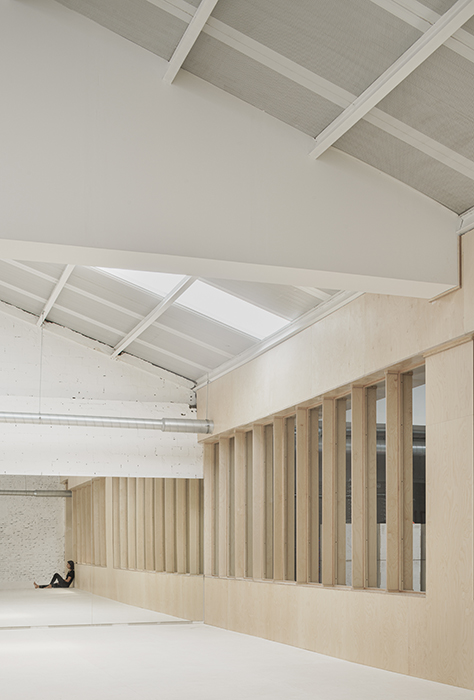 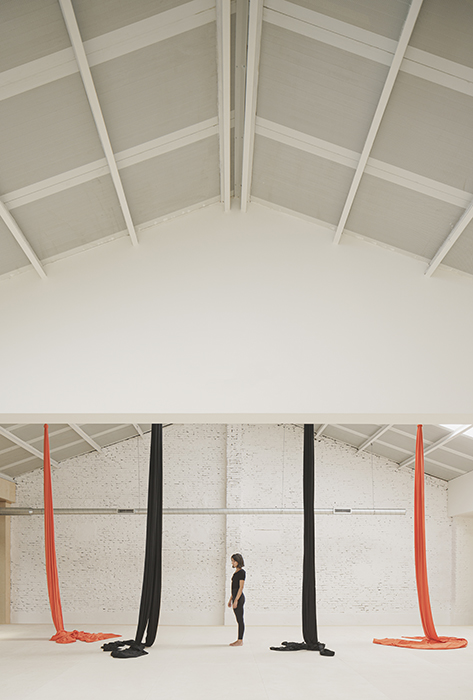 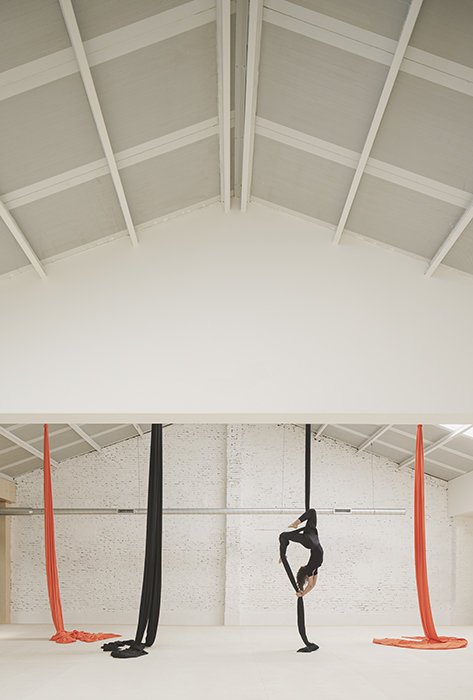 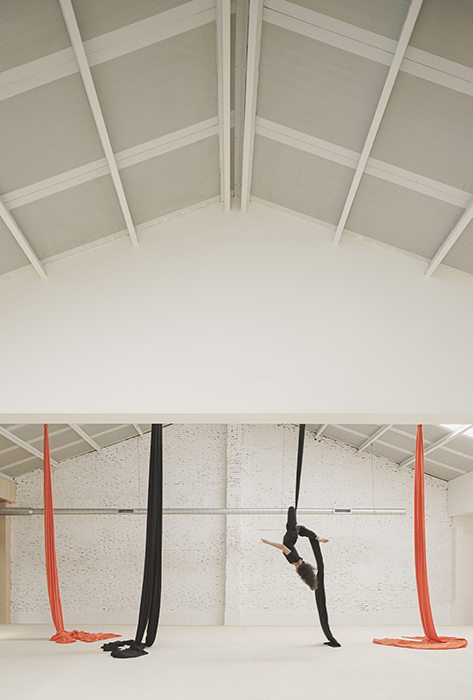 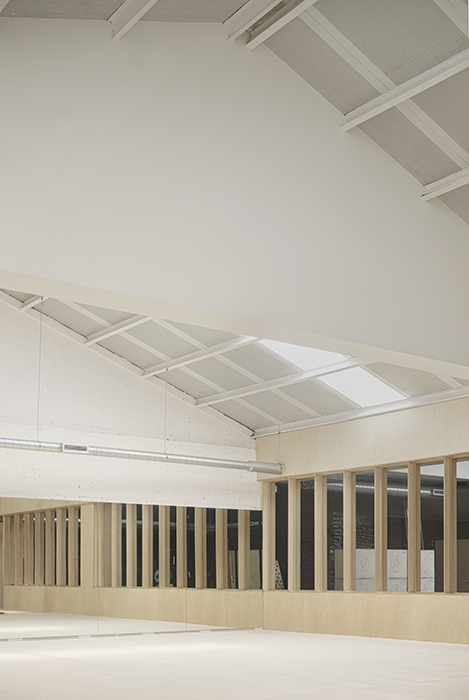 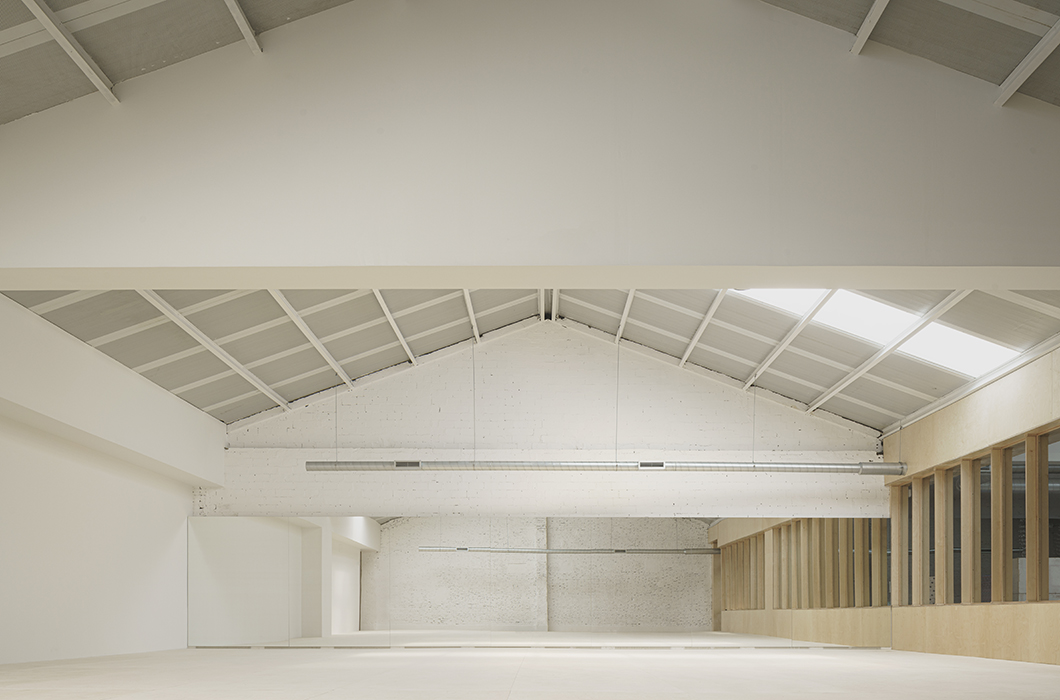 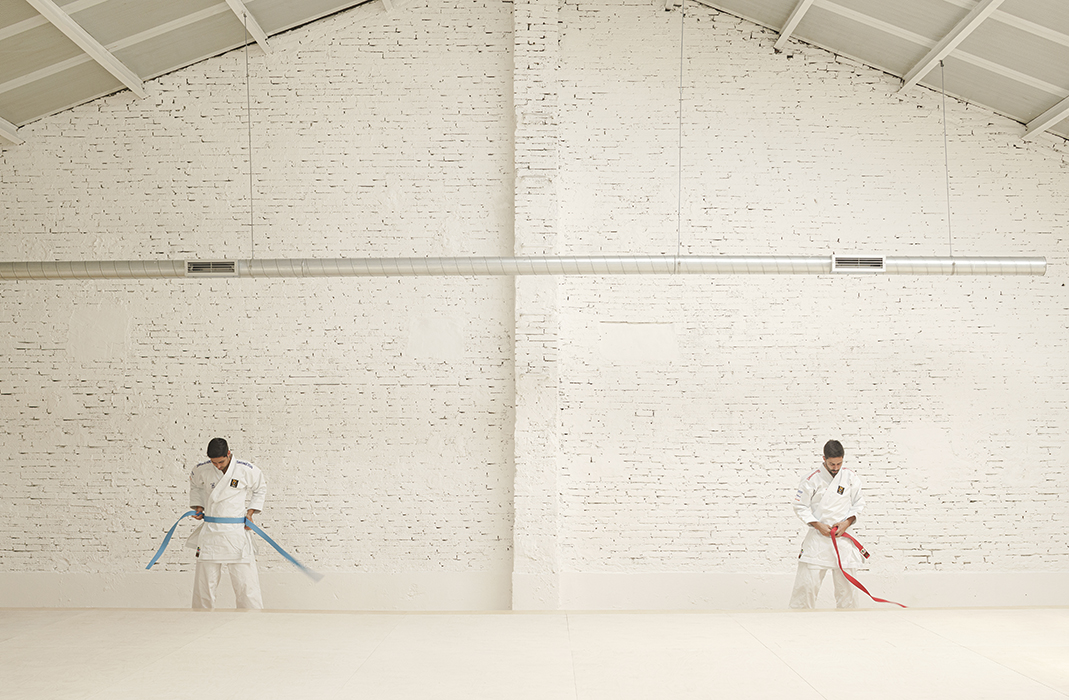 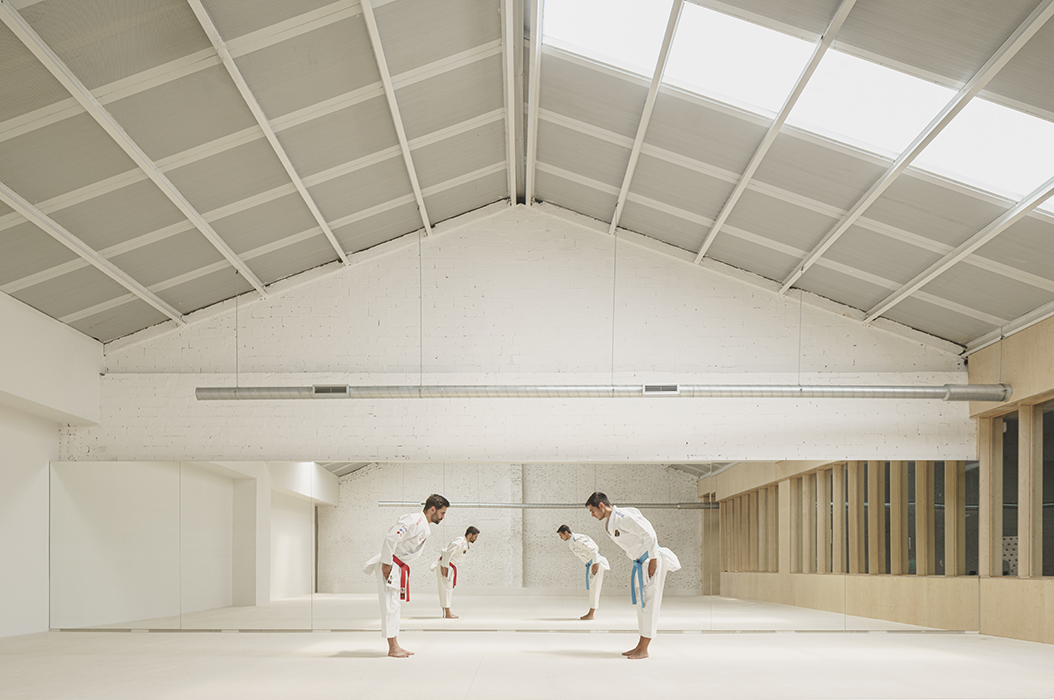 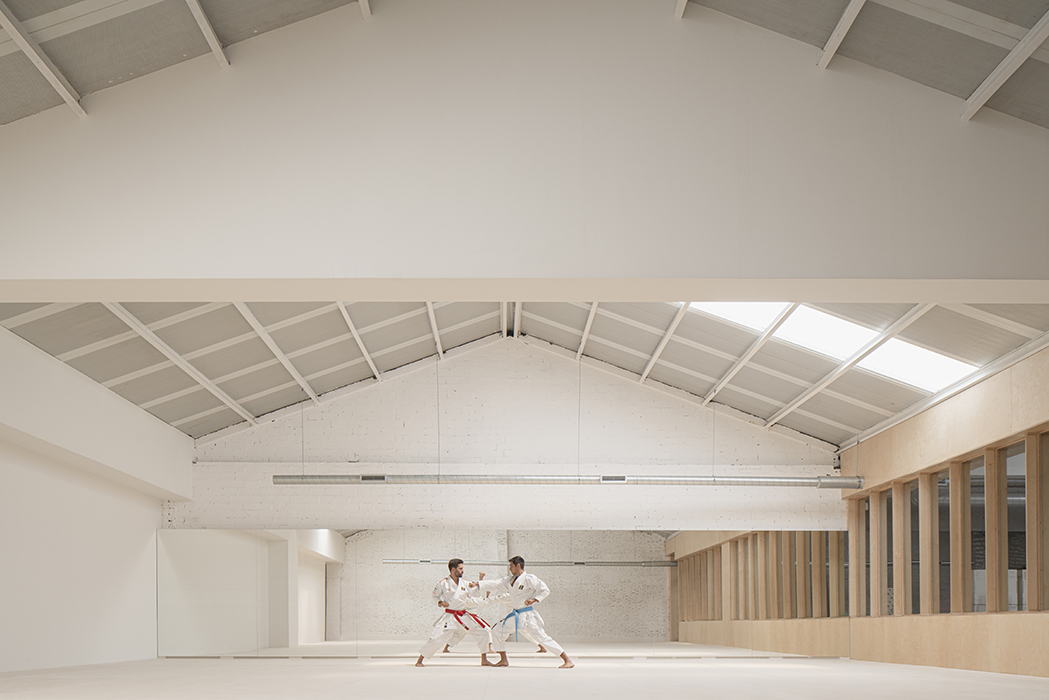 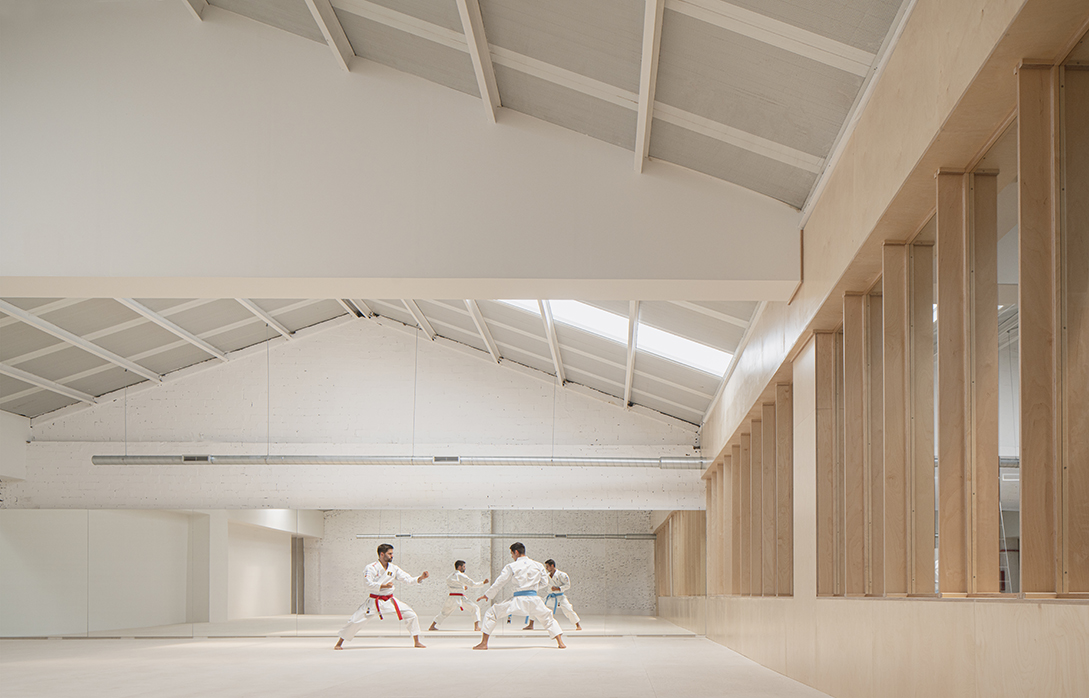 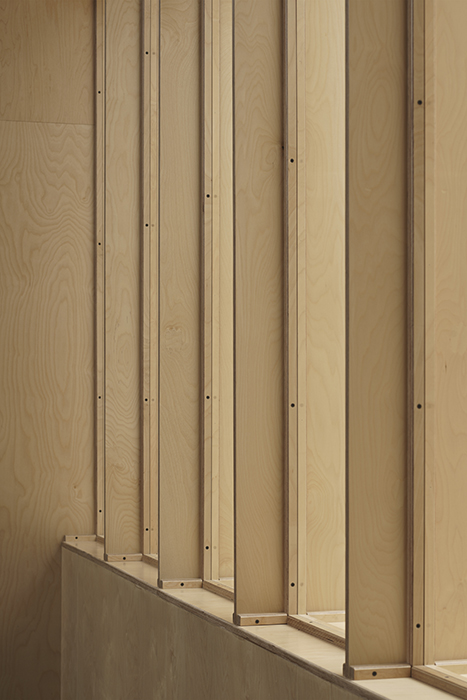 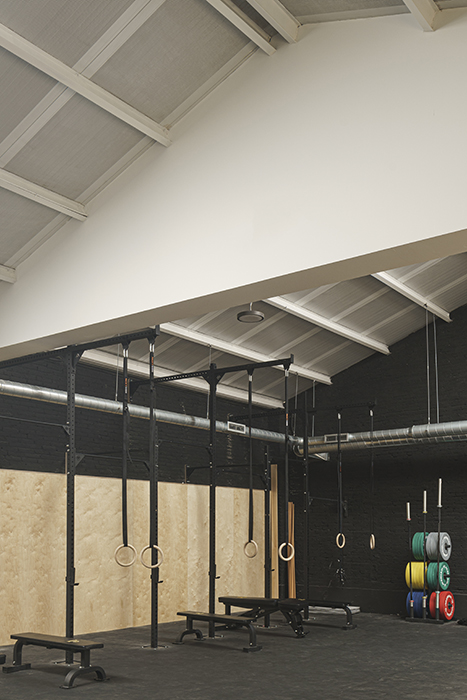 Karate is defined as a » Japanese combat system without weapons… with the aim of knocking down the opponent by means of dry blows given with the edge of the hands, elbows and feet». This definition adjusts very well to the action proposed for this project.

Austerity and the absence of “weapons” are the essence of some calm spaces where recycling, light and pre-existence put an extra value to each of the activities to be carried out in these facilities.

The axis of the project lies in the two large adjoining open-plan rooms, designed as opposites, separated by a large Japanese-inspired wooden lattice that generates a constant counterpoint and reaffirms the concept. Trying to carry this premise to the maximum, the colors used are presented opposite according to the program planned for each one of them. Discipline and chaos.

In summary, we have tried to turn a training center into a multifunctional space that can host all kinds of events, creating spaces capable of adapting to different situations without forgetting the function for which they were designed. 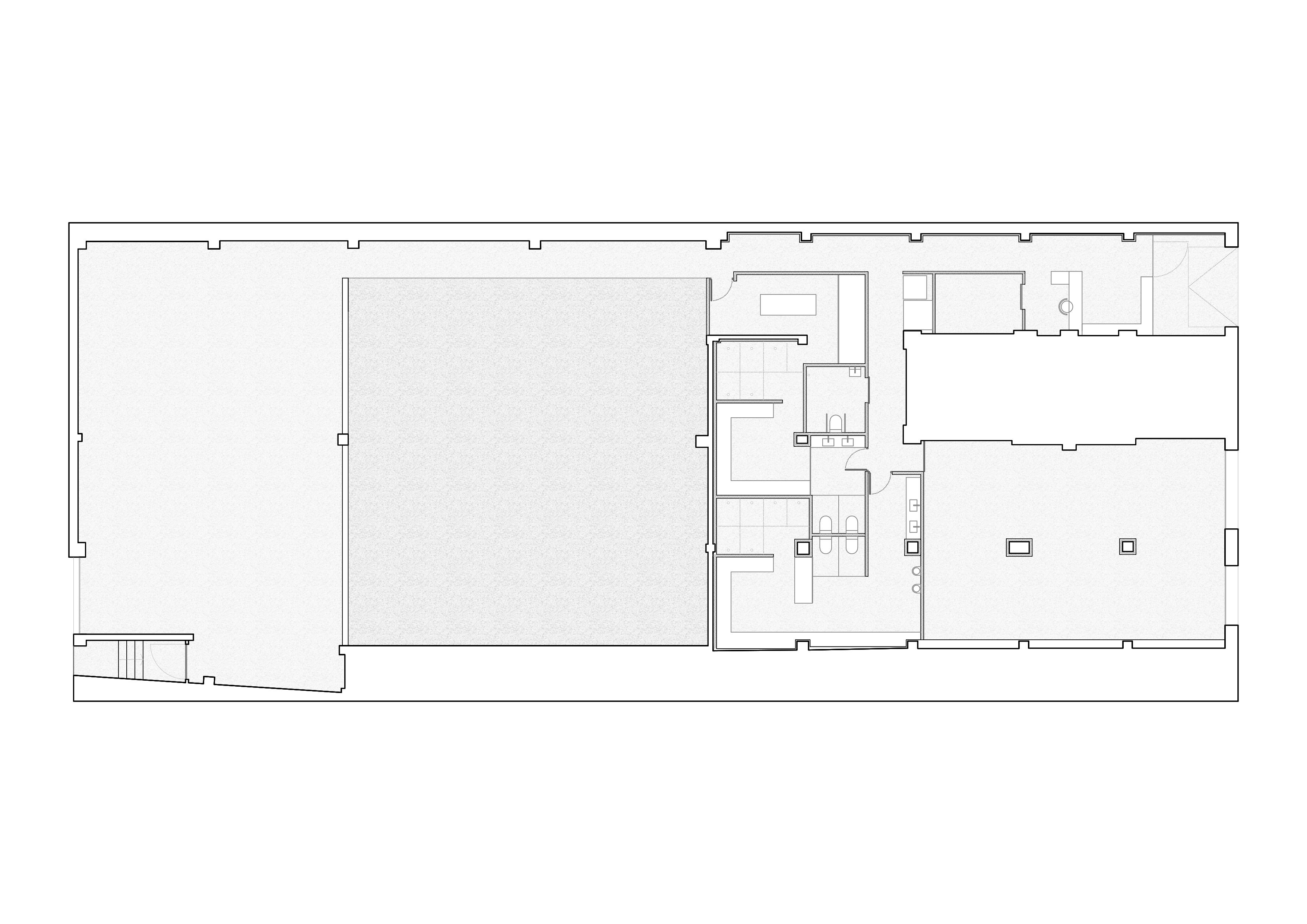